Here we go! You know the routine! Here is the October Edition of ImBlackInTech #TechRecap, your central checkpoint for the latest in Tech, Entrepreneurship, and Community Outreach in the Midwest and beyond! Thank you all for your continued support!

Click HERE to answer a 1 question microsurvey and give us your thoughts on what you loved and what you would’ve liked to see different about October’s #TechRecap, and what you’d like to see us add/include in our November edition.

IN THIS EDITION, YOU’LL FIND:

• Techies, Founders and Orgs to Follow
• Around the City, Around the Country
• Event Download
• Pay it Forward – Volunteer & Youth Opportunities
• School Daze

NYC Men Teach is bringing more men of color to classrooms in New York City! Learn more on their website.

The cofounders of Mented Cosmetics, a makeup line for women of color, have become the 15th and 16th African-American women ever to raise $1 million in venture capital to grow their business. Read more…

Facebook is Planning a Major Expansion to its Chicago Office

Facebook is growing its Chicago presence in a big way, making room in its downtown office for potentially hundreds of new employees. Read more…

Facebook has been criticized for the lack of diversity on its board. Now, the social network says it’s going to do something about it. Read more…

The John D. and Catherine T. MacArthur Foundation has announced the winners of this year’s fellowship. Read more…

After receiving backlash—particularly across social media—Apple’s vice president of diversity and inclusion, Denise Young Smith, has apologized for recent comments she made speaking at a conference earlier this month. Read more…

His vision couldn’t be confined to a cubicle. So he submitted his resignation letter and created his own canvas. At the age of 23, Jeff Wilson II grabbed two mentors and followed their lead to create a small tax practice. Read more…

Blue 1647 learned many entrepreneurs have the desire to build their ventures but are faced with the challenges of having little access to tools and information to achieve their business goals. Blue 1647 helped solve this problem by providing workshops taught by industry experts with real information, that have “been there and done that”, that students can apply to their ventures right away and have the success they desire and deserve. 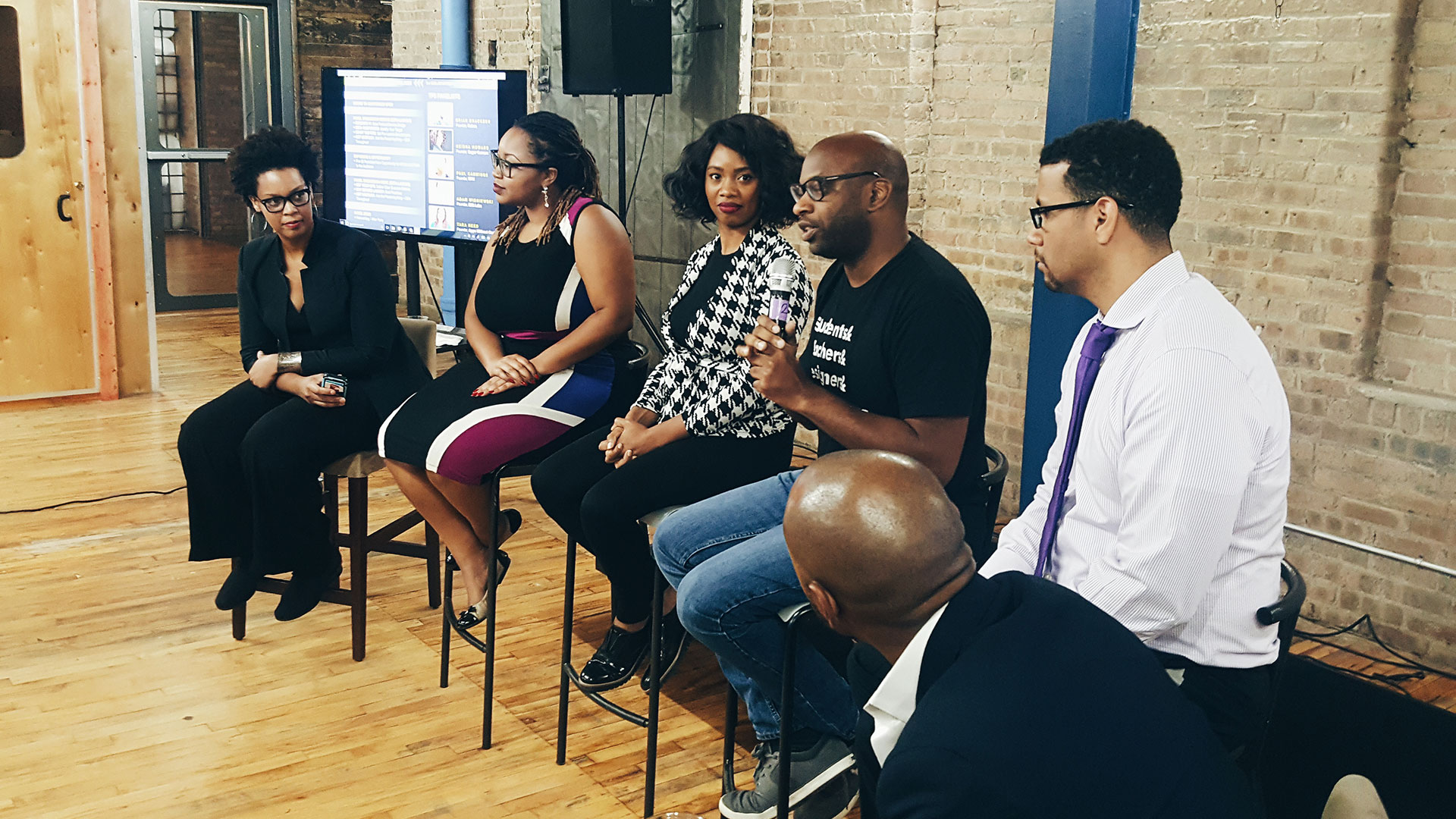 October is proving to be an exciting month for ImBlackInTech, Q4 seems to be ramping up nicely! If you’ve missed out, I’m here to provide you with some 4th quarter highlights! In September, ImBlackInTech’s Monthly Mixer was hosted by the CEO of NewLogix, Eugene Douglas, and team. Networkers were treated to an office tour and quick overview of NewLogix’ mission to deliver SaaS and customer workflow solutions to its end users.

A week later, Grainger hosted ImBlackInTech™ for The Corporate Series for those fully committed to climbing the corporate ladder and others with one foot in corporate and the other in entrepreneurship. Wherever your journey leads, this panel was perfect for those navigating the corporate world towards senior level and director level positions. Attendees were treated to coaching and mentorship roadmaps in an intimate setting. Panelist included Ronnie Dickerson Stewart, VP of DigitasLBi_US, Reginald F. Bush, Director of DivIHN Integration and Yuri Brown – Cruzat, Coaching Expert. If you were looking for insider pearls of wisdom on how to navigate into a position of power, this was it! If you missed it, there is more to come! Stay tuned! 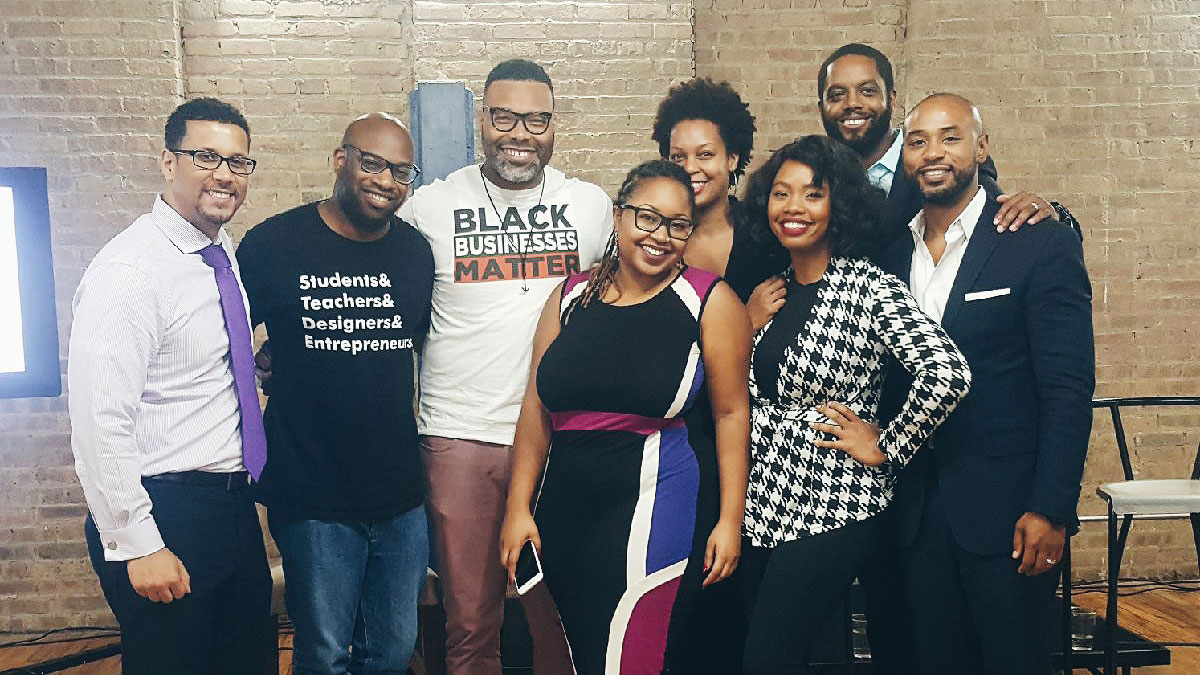 Moving on! For those navigating a nitty gritty journey in entrepreneurship, ImBlackInTech presented The Founders Series just a week later at Blue Lacuna! Alicia Stewart, COO and Harvard Alumni asked all the questions we wanted to know and ones we didn’t think of yet! Tara Reed, Founder of Apps without Code, warned us of the pros and cons of obtaining venture capital funding. Paul Cannings, Founder of RPH, and Adam Wisniewski, founder of EX3 Labs, tackled the ups and downs of deciding to launch with or without a co-founder. Keisha Howard, Founder of Sugar Gamers recounted odd and exciting opportunities like choosing shades of pink for gaming apparel. Brian Brackeen, Founder of Kairos, shared his journey of leaving Apple to start his own company. At the end of the evening, a one minute pitch was donated to one lucky audience member and future founder. The Founder Series + The Corporate Series = The Big Picture with more to come!

In addition to hosting all of these great events, ImBlackInTech’s Founding Team was on the move!

On 10/9/17, Thomas K.R. Stovall facilitated an #IntentionMastery workshop on *How to identify and execute on the ONE DAILY ACTION that drives your revenue* at the Black & Brown Founders Conference (#BBFounders) in Philadelphia. 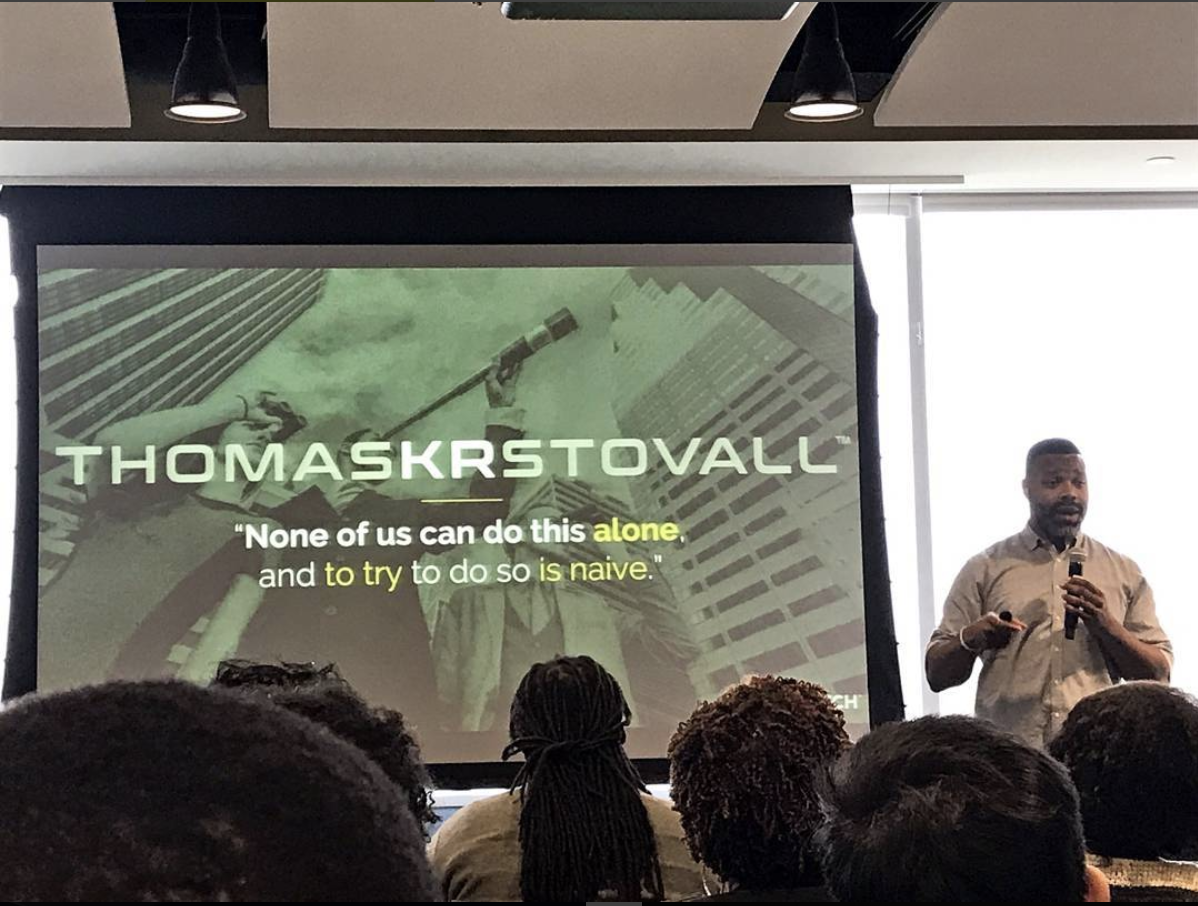 Thomas moderated a BLK Hack fireside chat with Arlan Hamilton of Backstage Capital at TechStars #StartUpCincy event in Ohio on 10/10/17! 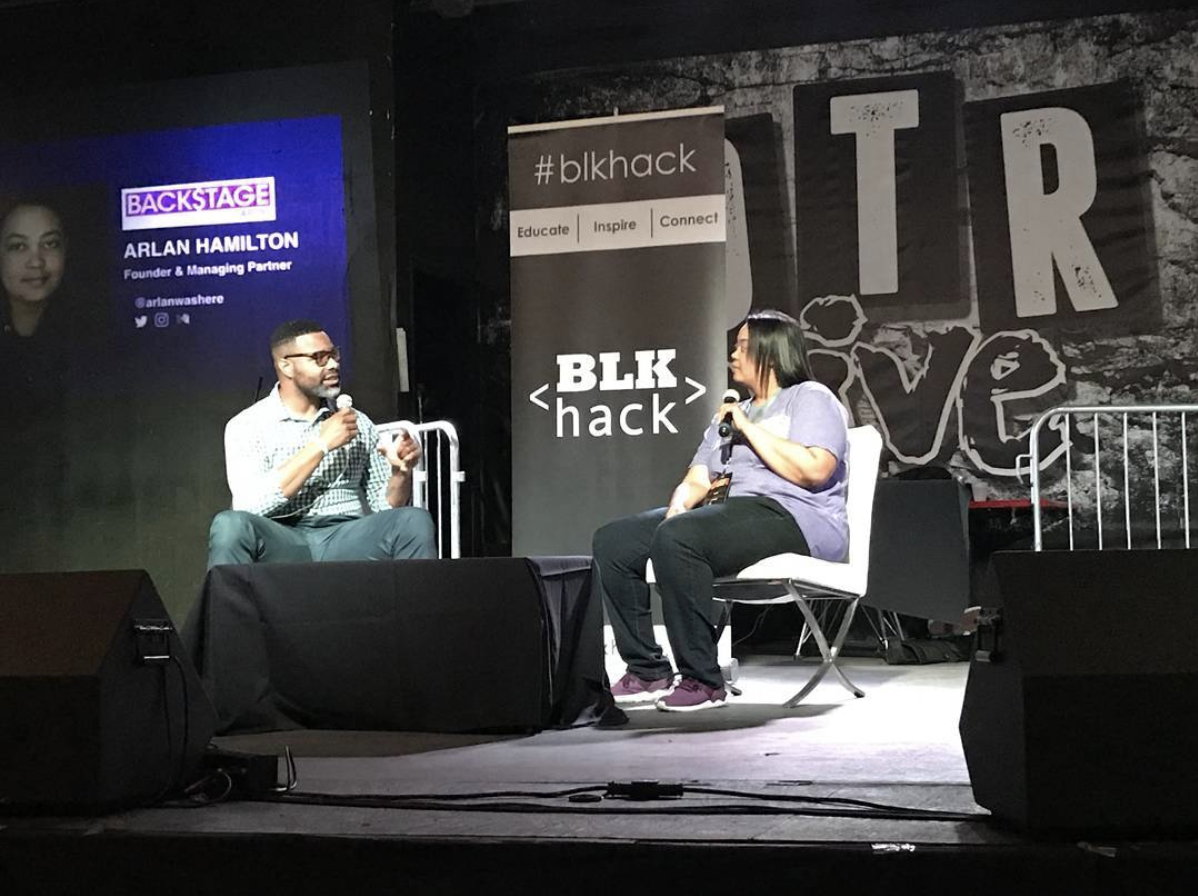 Not to be outdone, while Thomas was hitting the stage, our Co-Founder and trusty in house tech nerd Jason V. Stewart was connecting with power players like BlackEnterprise.com tech editor Sequoia Blodgett, at the Black Enterprise Techcnxt Summit in San Francisco, CA. 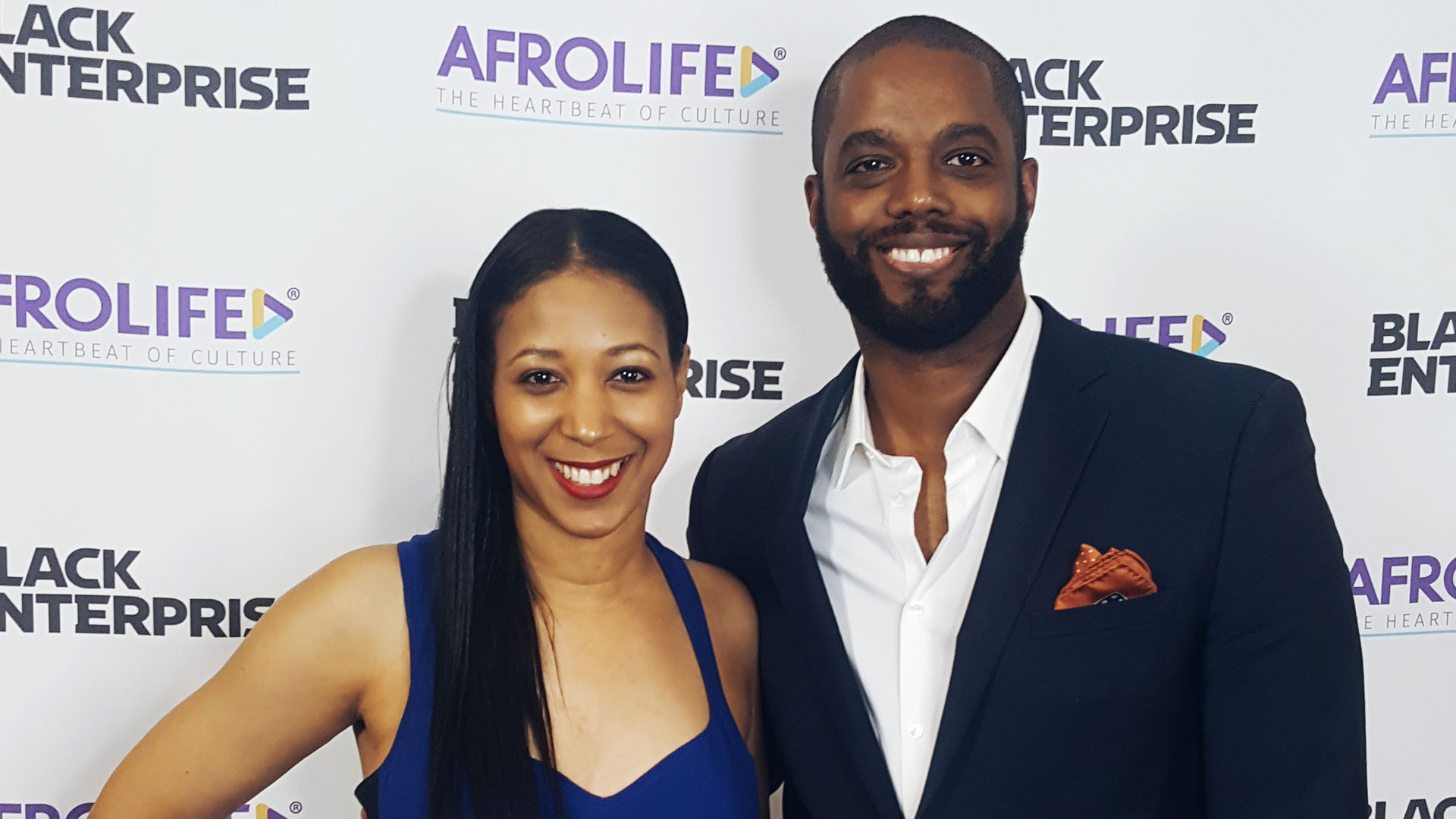 One of the highlight’s of the event was the BE Smart Hackathon for HBCU students. Jason watched the finalists present their artificial intelligence prototypes to Toyota! 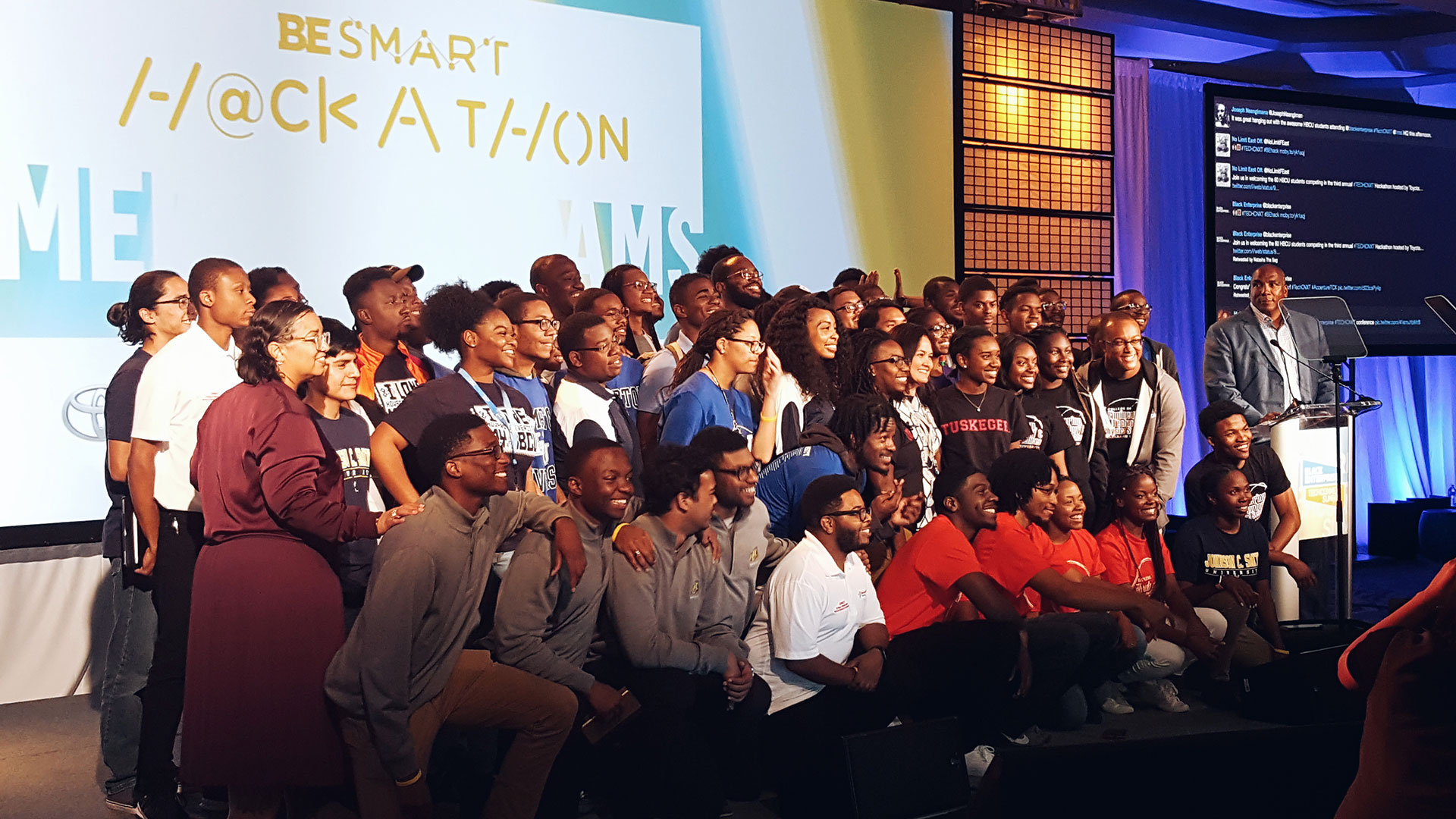 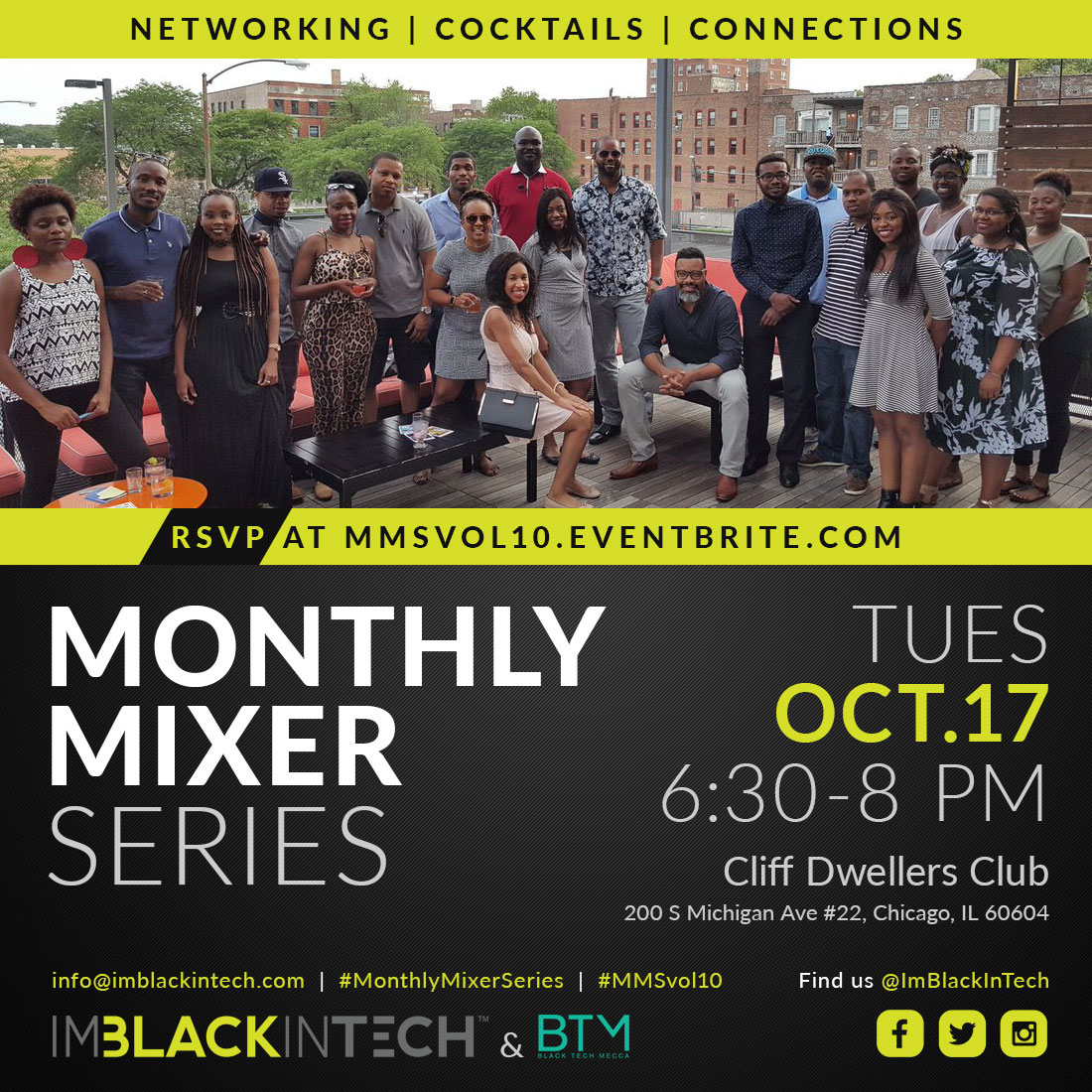 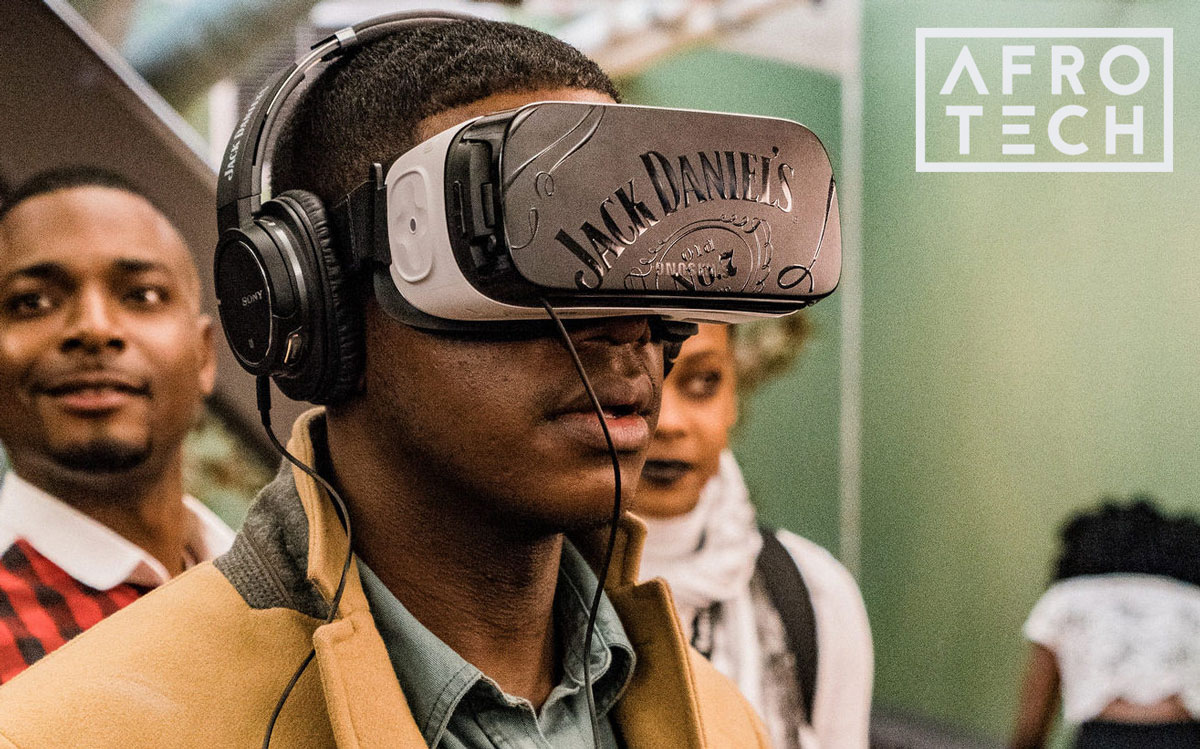 This workshop provides an introduction to creating user interfaces in React programming. We’ll build a simple front-end application together and learn firsthand what problems React can solve most effectively. If you’ve heard a lot about React programming and wondered why it’s as popular as it is, this class will help you understand its strengths and whether it’s right for your next project. This workshop is designed for people with at least a basic knowledge of JavaScript and web development. 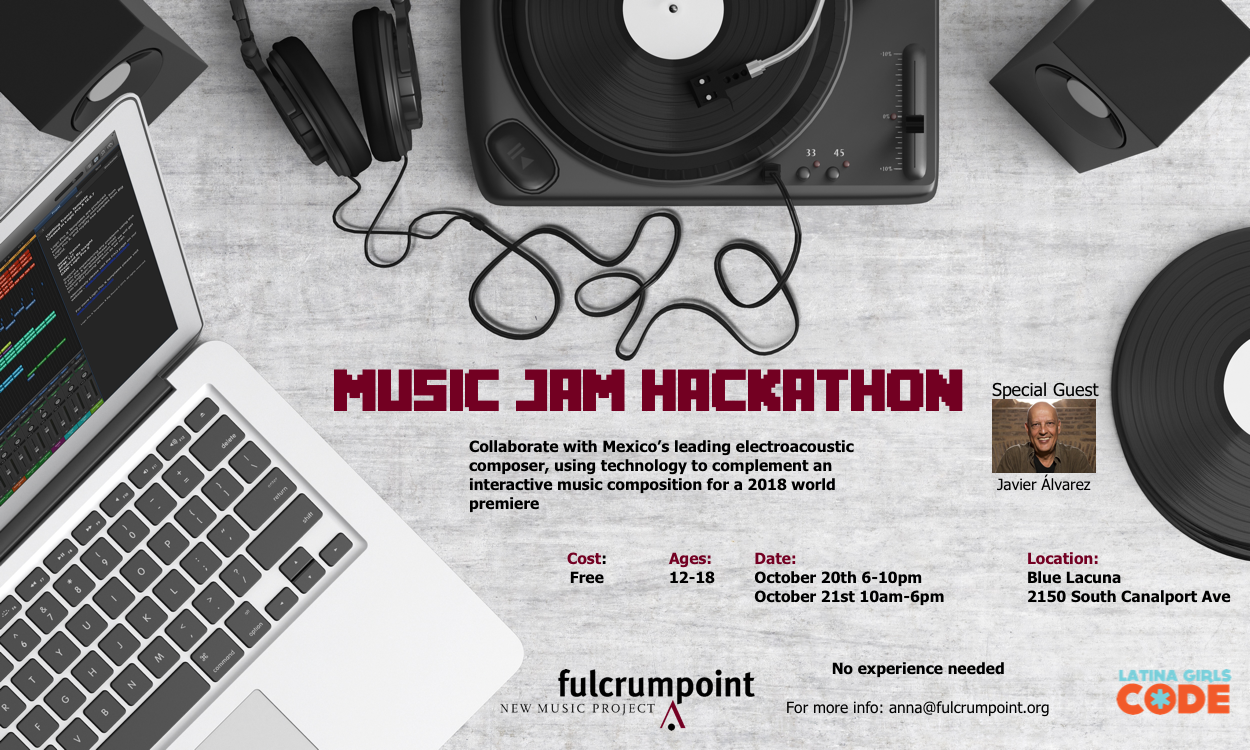 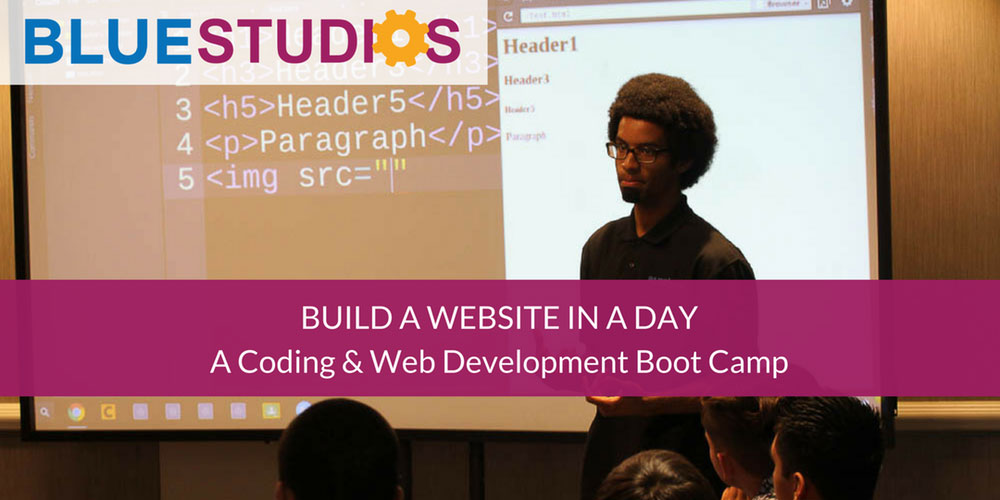 Build a Website in a Day – A Coding & Web Development Bootcamp

Your child will explore microbiology with an award-winning University of Chicago cancer researcher and a biologist from Northwestern University.
Sign up here!

Do you have information about breaking news, relevant upcoming events, youth and volunteer opportunities, or a nomination for a techie we should know about and feature in the #TechRecap? Looking for a developer, designer or co-founder?

Help us highlight the people, news, initiatives and upcoming events that make Chicago’s tech ecosystem tick, and get connected to the help that you need to grow your startup. 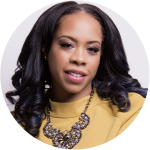 Jamila Parham traded her dolls for game controllers and she instantly fell in love with technology. She went on to study Computer Graphics and Technology at DePaul University. Affectionately known as The Tech Unicorn, Jamila is an IT Leader, speaker, and a champion for diversity and inclusion. She advocates on behalf of under-represented communities in order to address the lack of diversity in STEM. Jamila is excited to join the ImBlackInTech team as the voice behind the #TechRecap.